Would You Rather: Designer Schlep or Tacky Chic?

The other night I was on the train. I was going to the Tribeca Film Festival wrap party, so I was looking good...but I wasn't "dressed up" per se. Grey skinnies, black Wang-inspired tank, black flats, and a navy blue military blazer. Oh, and of course the Coach bag. I was the kind of non-dressed up made popular by my fav's - Erin Wasson, the Olsen twins, and Kate Moss...observe: 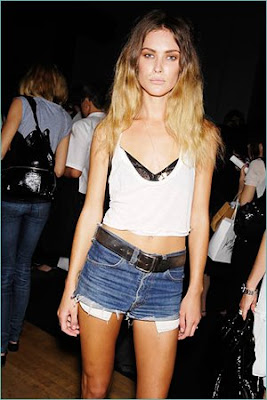 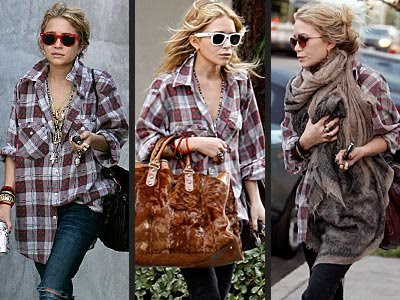 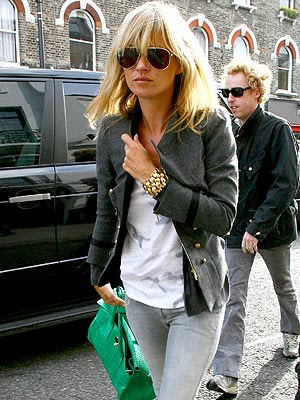 The look says, "I care, but not too much." Nothing is over-done. In fact, most of it is understated - with one or 2 designer duds to top it off (bag, sunglasses, jewelry, etc). It's casually fabulous...fabulously casual.

So anyway back to my story...I was on the train, and in walked a perfectly Queensy woman. She was dressed like she was going to a party too - but maybe a different kind of party. Knee high boots, short black dress, black knitted shrug, a red shoulder bag and bling out the wazoo. Oh, but the boots and the bag were both pleather and the bling looked like that plastic jewelry out of those 25 cent machines. This chick defined tacky. Think this: 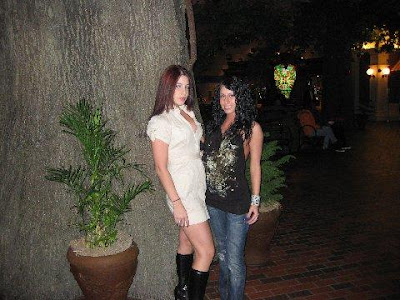 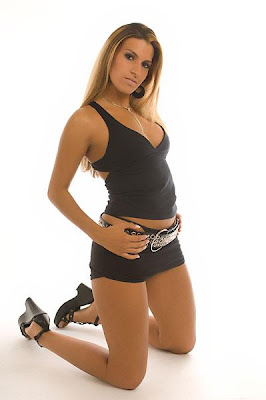 Everything looked cheap and plastic and the ensemble wreaked of effort. To the untrained eye perhaps she looked dressed up - if I were a doorman at a nightclub I'd let her in no question - but to the eye that is drawn to expensive things, her outfit almost caused an optical system failure. 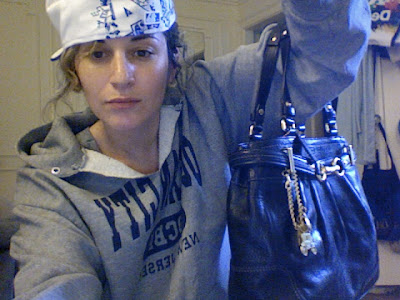 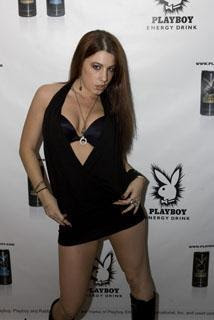 The choice is yours. Can't wait to hear it.


'prece.
at 5:43 PM
Email ThisBlogThis!Share to TwitterShare to FacebookShare to Pinterest

I usually go too far in the direction of appearing not to care, especially since I can't afford designer anything. But I believe that if you take an aesthetic concept to its logical extreme, you will always succeed. So while I prefer your style, I always love to see those women dressed up so trashy, because they know how to hurt so good. Style can be a kind of folk art, and theirs communicates so well. They are like reggaeton for my eyes.