Eddie Parties All the Time!

Listen, before I take it into throwback Wednesday with Eddie Murphy and his posse, I thought it appropriate to address the fact that SND has been so absent. I'm not even going to lay on the excuses. Just a message from us to you that we're trying to get back into the swing of things and bring you quality, rather than quantity (obviously, cuz there is no quantity as of late)...so hang in there, we'll be back in business real soon.

Until then, here's a nice blast from the past. Enjoy...it's Wednesday.

'prece.
at 8:50 AM No comments:
Email ThisBlogThis!Share to TwitterShare to FacebookShare to Pinterest

Rhythm Nation was the first Janet tape I ever bought. The video...classic. Perfect for a beautiful 68 degree Throwback Wednesday.

If you're at a dayjob like us--enjoy your hump day, make loooove to the hump day--only 2 more days...

New York City definitely stays true to its name. We are all about the new, the emerging...catching it (fashion, music, architecture, whatever) before it's hot, and once it blows we find something else to discover. I get the feeling, however, that it wasn't always necessarily like this. Yes, New York is a city of innovation and creation...but there was a time when less stars existed and people created names for themselves and their crafts--those people came to be known as The Classics.

I discovered the magic of this old New York City one balmy Tuesday night on 44th and 8th. Yeah you read that right--Times Square was not just a station to transfer at, I actually got out and planted myself there for a good 3-4 hours. The reason? Tennessee Williams' play Cat on a Hot Tin Roof...yes, I'm talkin about that crazy theater stuff again. James Earl Jones, Phylicia Rashad, Terrence Howard...ohmygoodness... 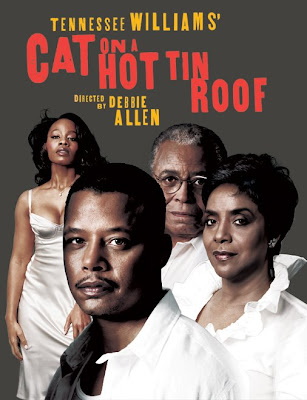 Up until this point Snaps and Daps has focused a lot of our energy--researching, investigating, and reporting back--on the up-and-coming artists and creatives of all kinds. To change it up a bit (put my thang down flip it and reverse it, if you will), I thought it wise to remind y'all of the legends...the masters of their crafts...the icons that bridge gaps across the board. A creative foundation for all these up-and-comers has to derive from somewhere, right? Because of this, my old New York adventures are worth mentioning, if for none other reason, than for the sake of honoring.
Next up my main squeeze treated the fam and me to a Victor Wooten show at Highline Ballroom in Chelsea. Most of you probably don't know him...I didn't...but when I tell you this man plays the bass, I'm not talking about anything matter of fact like I eat pineapple, or I play Super Mario World. He takes the bass and makes sweet love to it while his fingers go on an acid trip up and down (and round and round) the neck. And the strings!! Pluck them, slap them, strum them, rub them, own them and devour them. I'm no musician, but I know something unique and real and alive when I see it. The following video is a bit older, but it gets the point across...Victor is the one in the black t-shirt with the red & yellow tie dye-ish pattern, the other fellow who he is battling is his brother.

And it ain't just him. He was on stage with a group of some serious performers...drums, guitars, keyboard, electric violin, vocals--they all worked it and put me in a euphoric trance of energy and awe. The vibe was positive and wholesome--but not the trite kind of wholesome--the kind that makes you go "damn, I feel good!" It was music for music's sake--reasonably priced tickets, no Hollywood fanfare, we didn't have to wait 2 hours for the headliner to come on (in fact there wasn't even an opening act!), and after the encore the whole band stayed on stage and chilled with the crowd.

I don't know about you, but I can't remember the last time I was at a show (and I go to a fair amount) when I felt the artist was as sincerely excited and grateful to be there as I was.

It's probably not entirely likely that you'd find Classics like this in a warehouse in Williamsburg, so I'm going to warn you now, you might have to travel north of 14th Street. Don't worry it's just like LES--but with tourists, and neon lights and Olive Garden. Go ahead. Be adventurous.


'prece.
at 9:35 AM No comments:
Email ThisBlogThis!Share to TwitterShare to FacebookShare to Pinterest
Newer Posts Older Posts Home
Subscribe to: Posts (Atom)