Possessed by the Screaming Guitar

Press play on this:

Now listen to the music while you read/look through this post. This month Anthem Magazine came out with this really rock n roll editorial spread...and though in a way it's totally pretentious and annoying, it made me wanna rock out...hard...and it made me wanna smoke cigarettes and go get more tattoos. 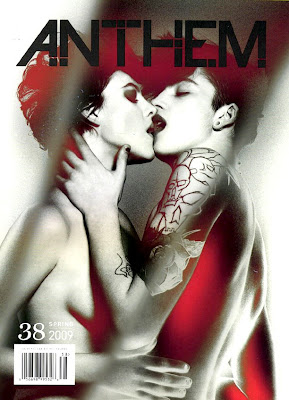 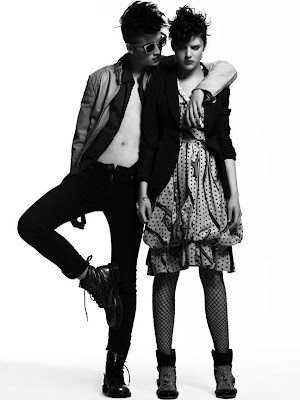 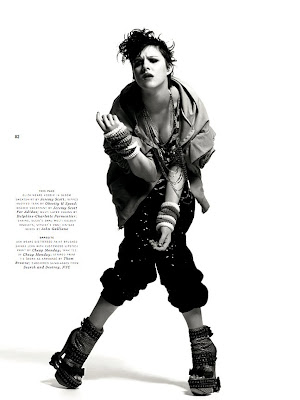 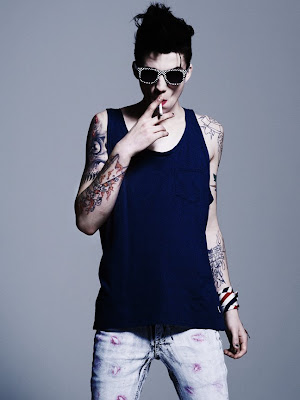 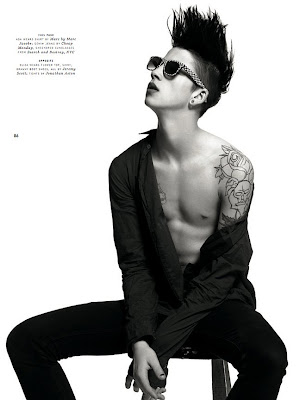 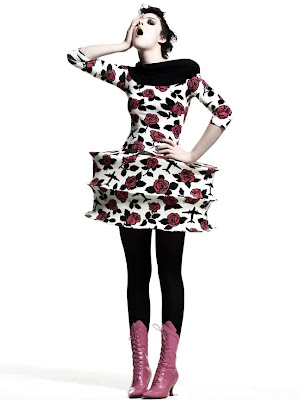 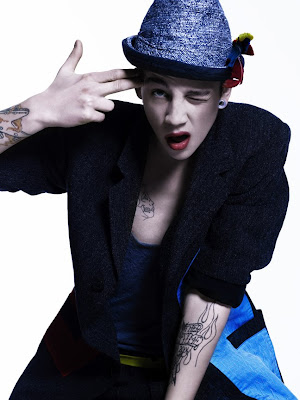 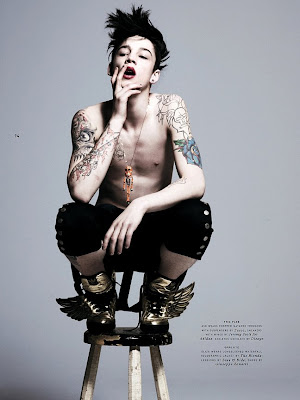 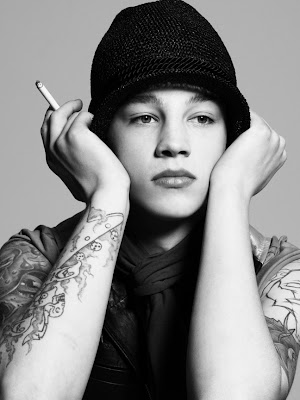 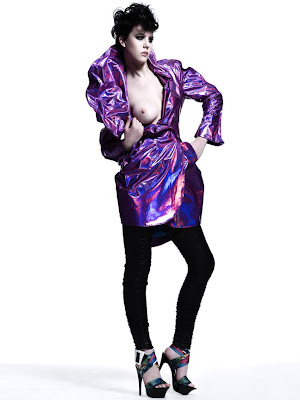 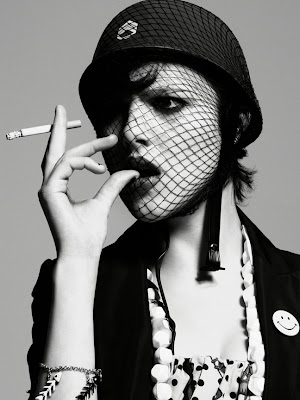 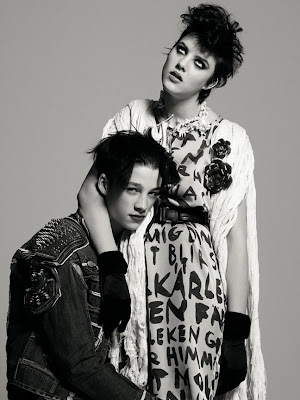 Boy? Girl? It don't matter to this totally androgynous duo - they've got other, way more hardcore anti-establishment shit to pay attention to. They're bad, they're mad, fucked up and down on their luck. The Man has them down, so to get back at the world they scream and wear sunglasses inside, they make out in public and flash flesh and wear fishnet. What recession? What war and genocide and corruption? They're above it all and below it all...and all they want to do is party.

Knock over a trash can! Yell at that nasty bald white dude at the gym who takes up too much personal space! Skip class and don't come up with an excuse! Eat dessert THEN dinner! Fuck it! You're rock n roll today! Growl at a stranger! Wear dark make-up! Open the windows and throw a tantrum so all the neighbors can hear! Let the haters hate, you don't care, you've got Van Halen on the brain and you'll deal with the consequences tomorrow.

Rock out.
Rock hard.
Rock on.


'prece.
at 8:30 PM
Email ThisBlogThis!Share to TwitterShare to FacebookShare to Pinterest