I hate to publicly admit when I've been watching the Tyra Show, but today I did it...and I feel it's my duty to report back about what I saw. Yes, Tyra is always extreme, her topics and her gestures, her comments...she's a trip.

But today was a special day. She had her whole audience wearing pink t-shirts with "WHAT'S UP WITH...?" emblazoned across the front, while they asked questions to a panel of female doctors/gynos about health, sex and body stuff. 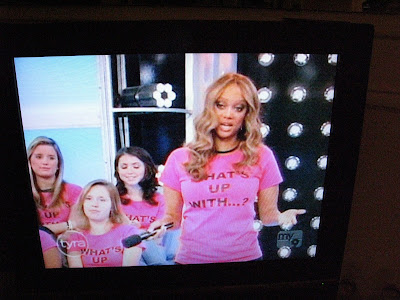 One particular thing caught my attention. That's when Tyra started talking about poop. Ok, fine, lots of people like to talk about poop...but when the "doctors" busted out the poop replicas...or poop figurines (I don't even know what to call them)...I had to break out the camera and document the moment. 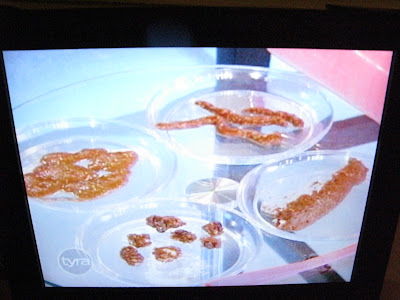 Apparently the one on the right is what it's supposed to look like. Here's a video of part of their poop discussion, it picks up after Tyra asks one of the doctors if there's such a thing as over-wipers.


Apparently she really likes talking about poo, because I found this video from a totally different season:

Then they talked about pee. Below are the examples of different kinds of pee...there was also a beaker with red liquid in it...I'm gonna leave that one alone. 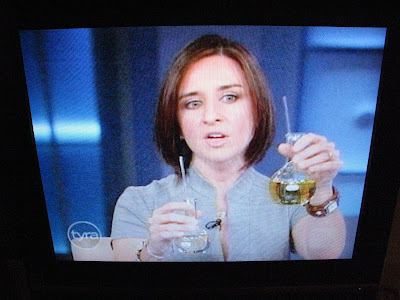 So that's my media reporting for the day. You can always count on me for meaningless observations and unnecessary social anthropology.


'prece.
at 6:40 PM
Email ThisBlogThis!Share to TwitterShare to FacebookShare to Pinterest

Tyra can talks poop probably, but she can do whatever she want, because has a perfect body and a cute face. So, everything is permit for her.