I was debating whether or not to post on this, but I think the relevancy of the inauguration alone calls for its acknowledgment.

Michelle Obama - WHAT SHE WORE. Daytime, as we all know was a sparkly yellow Isabel Toledo ensemble with green Jimmy Choo and matching J. Crew gloves. For the ball later on in the evening she donned a one-strap Jason Wu gown, that in some lighting looked ivory and in other lighting looked off-white. 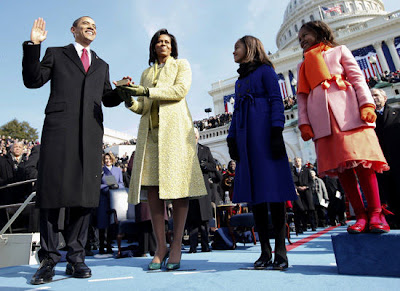 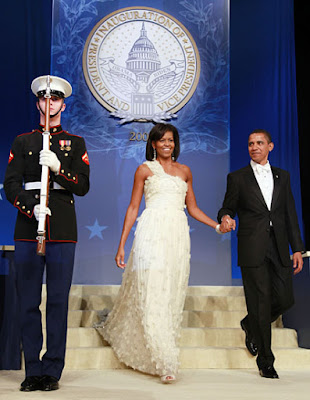 Ok, I'm gonna say this: I think Michelle Obama is great...all that huplah about her being the comback of fashion in America? Eh. As I put it to a friend, while I'm not swooning over either of her outfits, I think they're both very New-First Lady. They're modern, they're young, they both have movement and joy, they're both bright and unique. Are they particularly flattering? Meh, I've seen better (although the evening gown really showed off her arms, and goodness knows I like a woman with nice guns). Are the designs themselves that great? Shrug. A little flashy for my taste. I think the majority of her admirers are mostly admiring her chutzpah and her youth...and of course her passion for fashion, which clearly she has.

On Huffington Post, Bonnie Fuller asks "the experts" and here's what some of them have to say:

"I think she is a very independent woman who can carry off wearing something new as long as it's colorful. She may start a trend bringing color to the forefront! Color itself is adventurous, and she IS supporting American Design!!!" - Tommy Hilfiger, designer

"I liked it-they looked like normal people getting dressed up. Michelle never looks like a Stepford Wife. I liked the daytime sparkle - it was a sparkly occasion. Everyone was laughing and happy. She was uplifting in a good mood celebratory way." - Patricia Fields, stylist

"The Isabel Toledo suit that Michelle Obama wore was the color of a ray of sunshine -- an apt metaphor for the brand-new day we have been waiting for. And I love the fact that Isabel lined it in pashmina to keep her warm. It just goes to show that style can go hand-in-hand with intelligence and innovation." - Glenda Bailey, editor-in-chief at Harper's Bazaar

Seems like I'm pretty much on the same page as these guys. So who do I think won the inauguration fashion race? Well it's a 3 way tie: 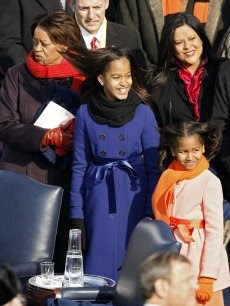 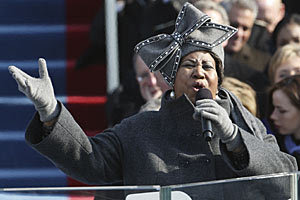 Well there's my two cents. I couldn't be happier that Bushface is gone and that Obama is in. And Michelle, if you need a little help spicing up your look, hit me up.


'prece.
at 10:14 AM
Email ThisBlogThis!Share to TwitterShare to FacebookShare to Pinterest