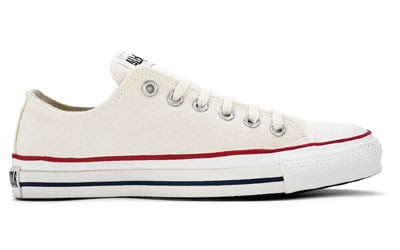 I'm pretty partial to the off-white, low top ones myself. They're preppy but kinda punk, you can wear them with anything, they're classic. And I feel fairly certain when I say, they're a pretty all-around shoe. Anybody can wear them, and most people like them - if they don't actively like them, they feel fine about them. Because really, you can't not like these shoes.

Sounds perfect right? Like a fairytale shoe. But in every fairytale, there must be an evil villain. I saw the evil villain on the train this morning on the way to Trader Joes (fyi, NEVER go to TJ's on a federal holiday...I'll have nightmares about it for weeks). Anyway, I've always known that I disliked this evil villain shoe...but I didn't realize how much until I felt the rage I did toward the woman sporting them this morning. Kids, hold on to your teddybears...I bring you the Converse No Lace All-Star Slip-Ons...IN GREEN: 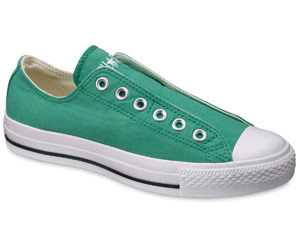 To the untrained eye, these might look like the same shoe as the one above. If this eye is you, get outta my face.
A) They're casual shoe slip-ons...which I'm all about in MANY other kinds of casual shoes (TOPSIDERS, KEDS, VANS, or anything that resembles those shoes) . But these Converse have shoelace holes with no laces. Remove the holes, close the gap in the middle, and maybe I'd be open to working something out.
B) They have no laces - which might seem the same as the first point...but look at them! They have no laces. They look like a person with no eyebrows: 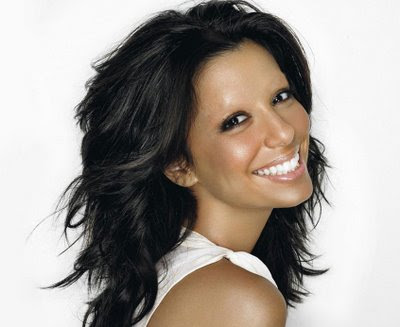 It's awkward and it's just not right.
C) They're green. A terrible green. On the verge of mint-green...which should never be a color for a shoe.

I'm all worked up, gotta go hit the gym before I implode.


'prece.
at 2:14 PM
Email ThisBlogThis!Share to TwitterShare to FacebookShare to Pinterest

hahaha, i love it