the only way to make rock 'n' roll uncool

So ok, obviously rock 'n' roll is in. It was extra in in the 90's, it was even in in the early 2000's when it was actually out because pop reigned supreme...but it was still in because it was so out. Now it's especially back in, not just because it's cool - or because it's uncool - but because it's also nostalgic. And "nostalgic-in" is arguably way weightier than "cool-in".

So, one could ask, how might rock 'n' roll - a cultural force so powerful that it's even in when it's out - ever be uncool? Oh gee, here's how: 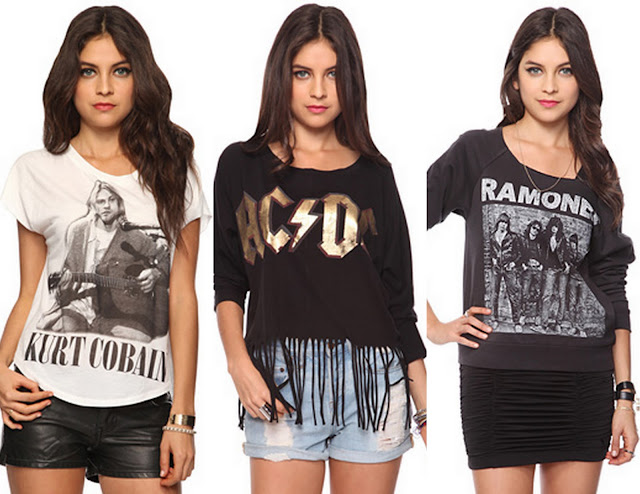 Oh hey Forever21 - fuck you for making these rock 'n' roll graphic t's. I hate you for it. Like, I really, really hate you for it. Oh and yeah, Urban Outfitters...I fucking hate your guts too: 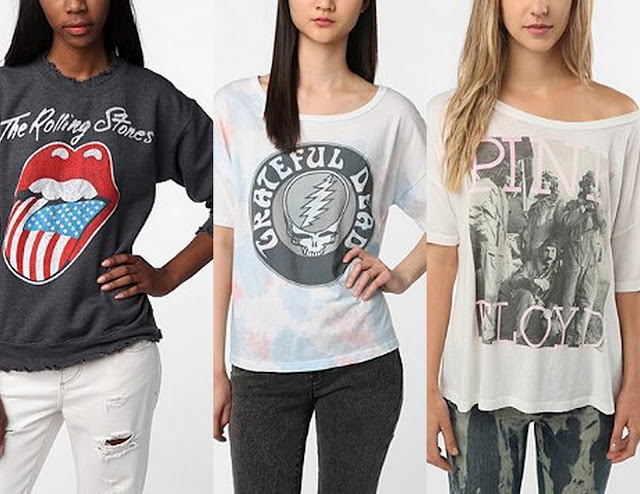 Urban, double fuck you for fucking with 60's & 70's rock. I hate that your Stones sweatshirt has fake vintage holes, and that your Dead shirt has fake faded tie dye on it. It's making fake rockers look like real rockers and it confuses me and makes me feel weird. Actually Urban, triple fuck you because in 2011 you released Nirvana t-shirts that and made stupid bloggers do stupid shit like this: 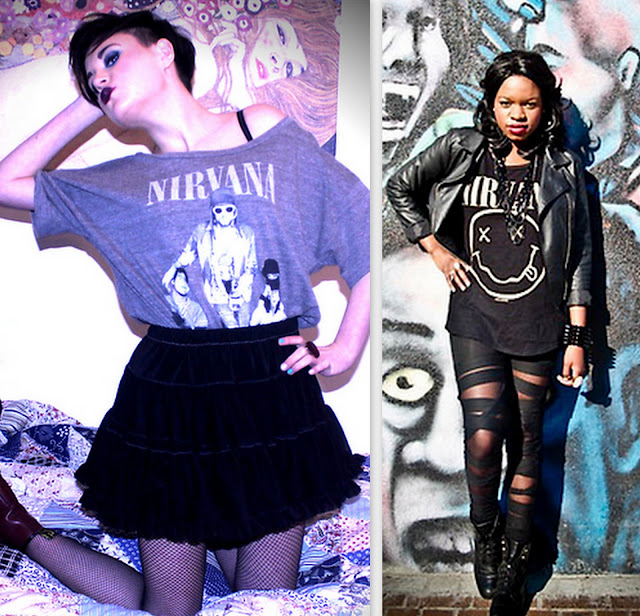 Ugh. I can't deal.
Bye.
at 7:51 PM
Email ThisBlogThis!Share to TwitterShare to FacebookShare to Pinterest

I might put my fist through the wall this makes me that fucking mad! There should an application process for people to wear Nirvana t-shirts. UGH!!!!