Last week I found myself admiring some old Jessica Rabbit photos, which ultimately lead me to watching this:


Now aside from the fact that Ms. Rabbit is arguably the sexiest cartoon character ever, who manages to seduce real (aka non-cartoon) men, and who walks on her tippy-toes in seemingly zero pain, what I really can't get out of my mind is that slit.

The way it sways with her hips, how it fully reveals one leg while keeping the other completely covered...how has The Slit not become hugely popular yet?!

So of course I took it to eBay to see if anything popped up for me to snatch: 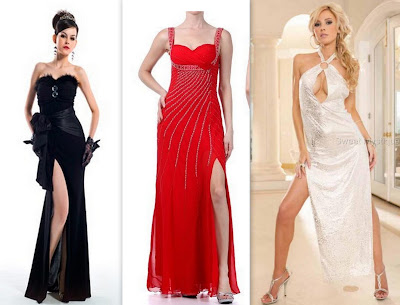 Ok whoa STOP. Definitely NOT what I had in mind. I want a casual dress, in a non-fussy, drapey material, that's modest everywhere but the slitted leg, and that I could potentially wear with something like combat boots and a leather jacket.

In 2009 I wrote about my quest for The Perfect Black Wedge - this was before they were mass produced by every single shoe brand alive. A year later - VOILA - they were everywhere. Maybe the same will happen with slits, and next year the casual but sexy slit dress will be as ubiquitous as the black wedge is now...

Maybe I should just start cutting my own slits just like I used to do up the sides of my pants in 1996 before flare pants existed? Maybe not. Hm...maybe though...
at 12:49 PM
Email ThisBlogThis!Share to TwitterShare to FacebookShare to Pinterest