Are you there readers? It's me, Mihal.

Doing this Huffington Post thing has kind of turned me into a lazy schmuck when it comes to my own blog. It's unfortunate because now I focus more on bigger-picture articles rather than little nonsensical posts that I used to do...case in point right HERE. I'd like to try and change that (though I probably won't) - but to start, here's an update on a few things that won't make it to the HuffPo:

1. Some of you might remember me posting about my hair icon, Kate Lanphere HERE. Here is what she - and her hair - look like: 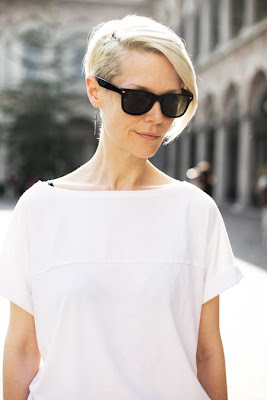 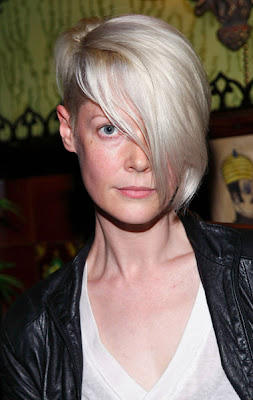 And though I know I will never be as cool (or as hot for that matter) as Kate, I have followed in her footsteps with the chunky platinum bang... 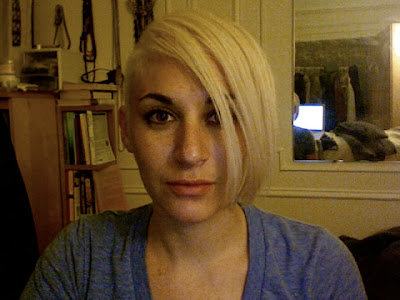 2. I have a new obsession with the black cotton American Apparel Harem Pants. I wear them almost every day and I'm not even mad at it...they're so comfy and they make any outfit fun. Here they are in the most awkward photo I've ever seen. 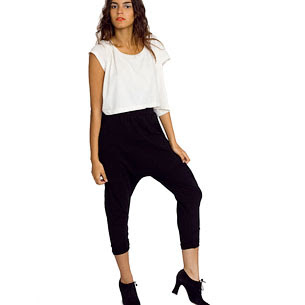 I guess the awkwardness is fitting though, considering how strange the pants are.

4. The Hypnotic Desert: Those of you following know I took a road trip with Nico Vega recently. We spent quite a while driving through the desert and hanging out at Southwestern gas stations. As a result I'm now hypnotized by the Southwestern/Native American vibe. The colors, the feathers, the fringe, the suede...it kind of brings me back to my middle school days as an Oregonian hippie. 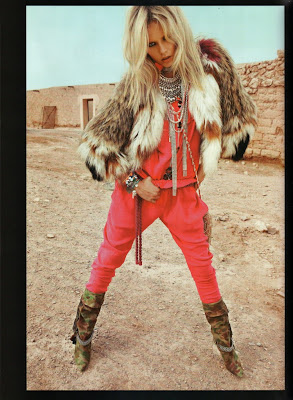 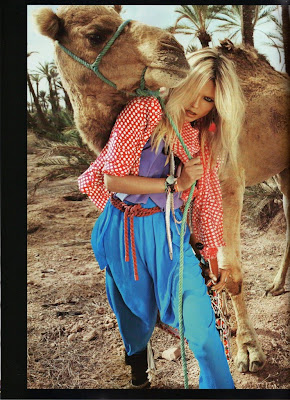 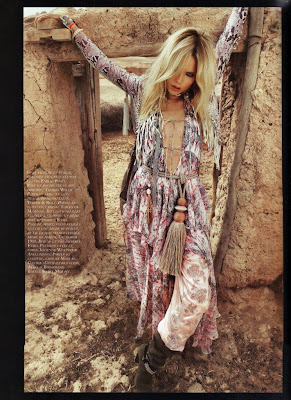 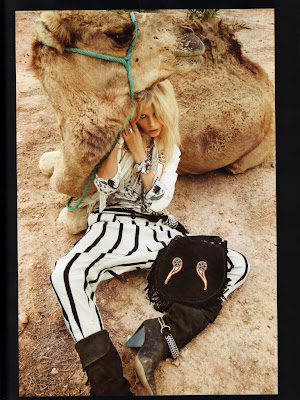 Obviously that's a glammed up version. But I trust that you get it.

Don't worry though, I haven't abandoned my urban, layered, floppy and fucked up sensibility too much. I'm still down with this: 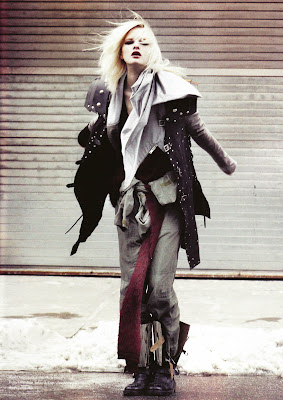 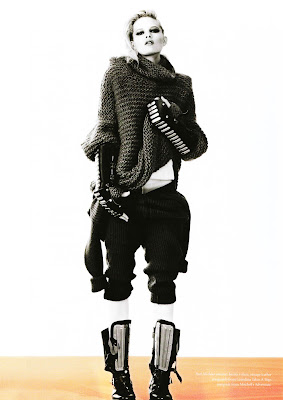 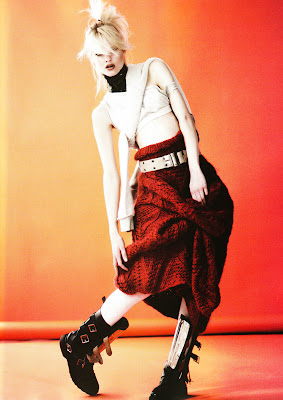 5. I have a totally jacked up back so I'm about to start taking pilates. I plan on emerging with a body like Elle "The Body" Macpherson: 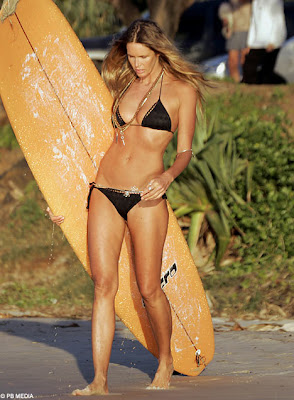 Wish me luck on that one. Thanks in advance.

ps if you didn't get the title reference, it's from the kid's book "Are you there God? It's me, Margaret". I just had to point that out in case you didn't know, because then it would seem like a dumb title.
at 7:58 PM
Email ThisBlogThis!Share to TwitterShare to FacebookShare to Pinterest