I’ve said it before, but honest to goodness, this kid is goodness. Gordon Voidwell (fka Will Johnson) wrapped his first official entry into the NYC music venue circuit this past Friday. Though he’s played before, at venues like BAM and Apollo Theater, this Friday’s concert was a public, fully Gordon Voidwell affair. Before I go any further, check out the goodness…

I won’t bore you with accolades I’ve given before, just do yourself a favor and check out some of the kid’s work: 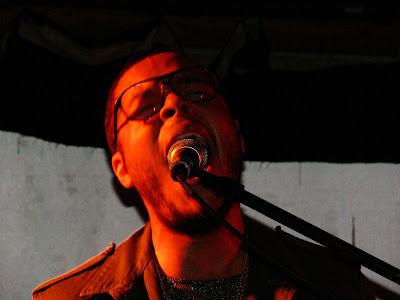 His sound definitely carries notes for the sophisticated ear. It’s a medley of funk, hip-hop, Prince, the 70s, androids and urban genius. And it makes you want to dance. In Bread (both dope versions), you’ll find yourself power-two-stepping while Mr.Voidwell addresses the need for bread, as in money, as in food. He’s already been applauded by Giant and music authority RCRDLBL as well as by pop intellectual Greg Tate. And although all the aforementioned have likened his funk to Prince’s electric-in-bottle brand, I’d hesitate to lean too heavily on that comparison. Though, I can see those dots connected, Voidwell is absolutely throwing his own dots into the future- the same way Jamie Lidell did on Multiply. The same way Stevie Wonder did when he used the vocoder. Dare I say it…the same way Barack Obama did when he…sank that three pointer (yes, Gordon for president!). Voidwell redefines the boundaries of the genres he might fall in. Personally speaking, I think he reflects what I identify as the post hip-hop movement (I hesitate to use “generation” as it’s a tragically overused fallacy of a word).

The first time I saw Voidwell perform, he actually wasn’t Gordon Voidwell at all. He was f.k.a. Will Johnson, one of the two rappers of G-Band Free, a jazzy hip-hop, instrument band (aaannd your mind jumps to The Roots). Although his lyrics back then still transcended the typical hip-hop ish, and the band pulled from many inspirations, Will's basic backdrop was hip-hop. It was definitive. I can’t say I can identify him as such now. His backdrop is…technicolor, with radio stations featuring David Bowie, Stevie Wonder, Snoop Dogg, John Coltrane prevailing through the static. He fits into this “movement” nicely (maybe even being a perfect nomination for a poster child) because his scope is larger than the expected hip-hop delineated mentality that is “normal”/expected for a black kid who grew up in The Bronx around other black kids. Shouldn’t he want to be Jadakiss? Probably. Instead though, he’s playing keys while the track computes utter funk and a robot sings back up on White Friends. I guess that’s like Jadakiss… 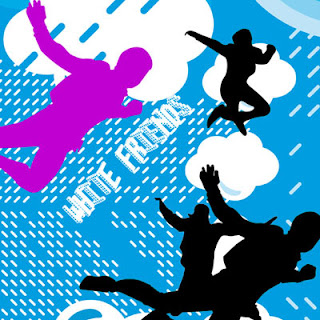 Theophilus London is on a completely different sonic wavelength. He actually raps. However, his rapping is completely post hip-hop, seemingly influenced more by the melodies and sensibilities of indie-electro jams and Michael Jackson than Tribe or Run DMC.

The basic element of this theoretical movement is that individuals who come out of areas where hip-hop exists as a collective consciousness begin to identify themselves outside of the music culture’s historical parameters. Obviously there have been people growing up in said urban areas that have not jive with the hip-hop culture, but the frequency seems to be increasing, even on a superficial, social level. Maybe it’s because of the cross-over hip-hop triplet of Kanye, Pharrell and Lupe that has made it possible for hood kids to wear skinny jeans, tight shirts and skateboard. Union Square has a collective of young, black, hood skateboarders who can usually be seen kick flipping and attempting the next big jump. That’s no where as impressive as being nearly run down by a Jamaican skateboarder in Wakefield, a Puerto Rican boarder in Castle Hill or and African American boarder from Canarsie, areas that live in significant cultural isolation (don’t go telling the news I said they’re isolated…I said it’s significant!).

Anyway, back to the music- Gordon Voidwell is the future. If not the future, he is showing what is possible in the future while unapologetically creates what his mind conjures. I guess this is what is actually meant by honest music, not that what he’s saying is true, but that the intentions and emotions at the base of creating it are totally real, no filter, placebo.

Dang- I definitely failed at not giving accolades I’ve given before. But hey, I love when something is actually as good as it’s touted to be.


P.S. Super big up to Voidwell's contemporaries and partners in crime, The Prophet Isaiah, Guillermo E. Brown and Kasa Overall.


'prece
at 10:28 PM
Email ThisBlogThis!Share to TwitterShare to FacebookShare to Pinterest