I Dream of Grace Jones 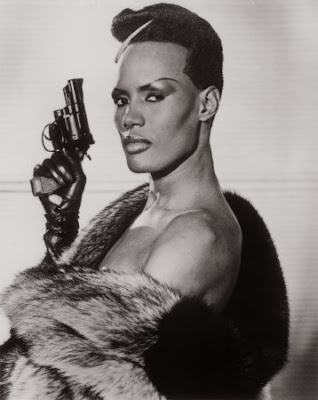 You know when you hear a word or a phrase one day and then it seems like for weeks after that it keeps popping up everywhere? Well I've always known who Grace Jones was, I think maybe my mom had the Nightclubbing album and I remember this cover vividly: 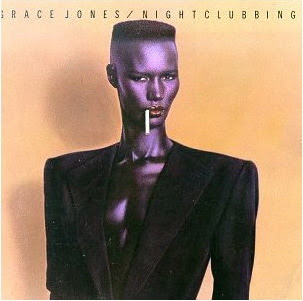 Lately, homegirl has been popping up everywhere I go and in everything I read! This almost 5'11" singer/model/actress has re-defined the word "fierce" in her career. From her outfits, to her oddly low voice, to her makeup to her public scandals - and the only thing I can think of when I look at her is what a piece of art she is. Like Marilyn Monroe, this woman isn't just an icon because of the career she's had...she's a symbol. Rock 'n' roll, glamor, androgyny, individuality. I feel more badass even just looking at her photos...does it work on you too? 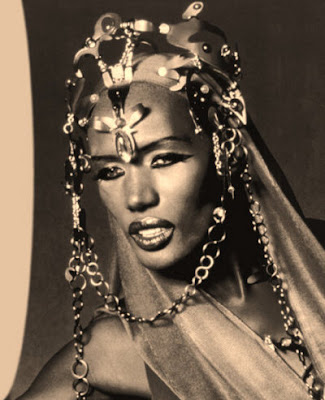 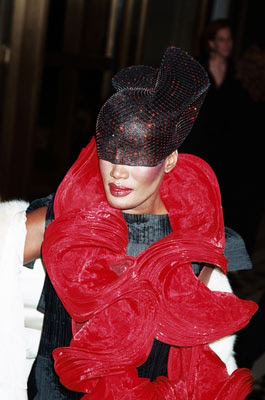 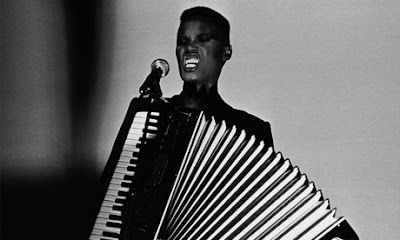 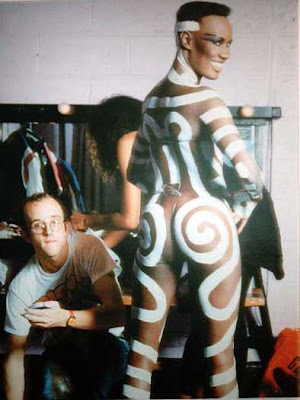 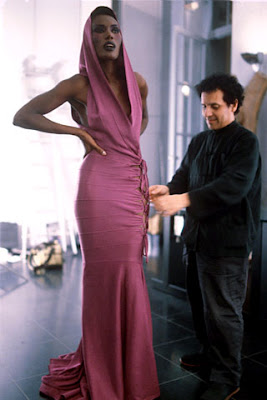 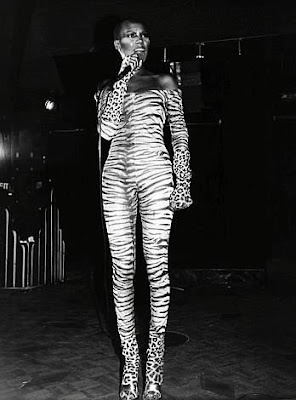 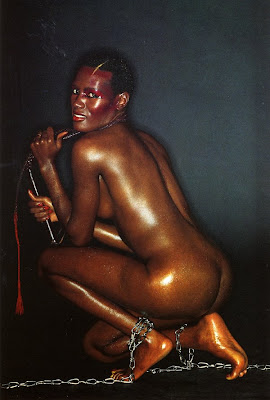 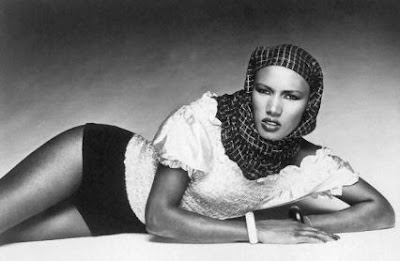 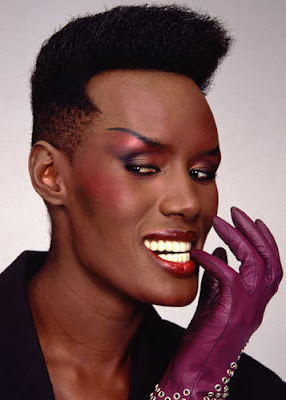 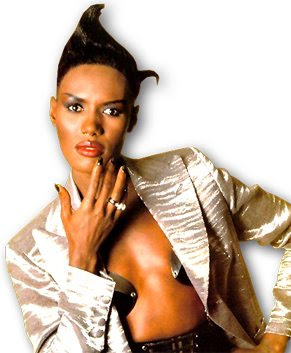 I could keep going and going and going. Everything about Grace Jones is provocative and artistic and it just keeps me wanting more. The fashion industry wants more too! Many of the pieces in Jean Paul Gaultier's Spring 2009 Couture show were beyond reminiscent of this chick and her 80's style: 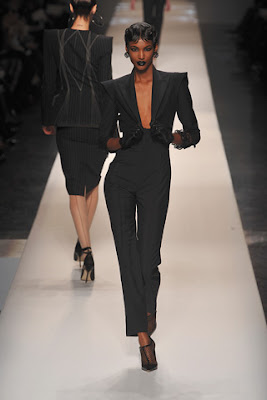 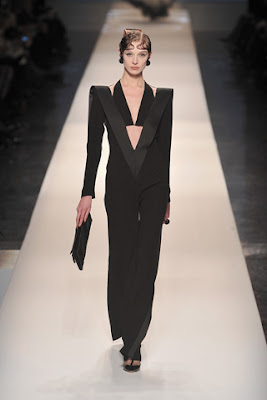 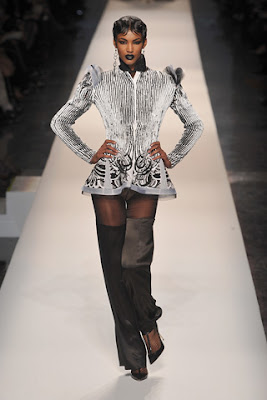 The collection is fabulous and I'm loving every minute of the Grace Jones vibe (it also doesn't hurt that the model, Sessilee Lopez, bears an uncanny resemblance to the icon herself).

Sigh...that's really all I can say. There are tons of images out there of this woman, I think if I covered my walls with them I'd be a better, more inspired person. I encourage you to google image this one, put on some old school rock (the New York Dolls might be a good look?) and click away. If that doesn't work, feel free to re-visit Erin Wasson, wink wink.

'prece
at 6:46 PM
Email ThisBlogThis!Share to TwitterShare to FacebookShare to Pinterest