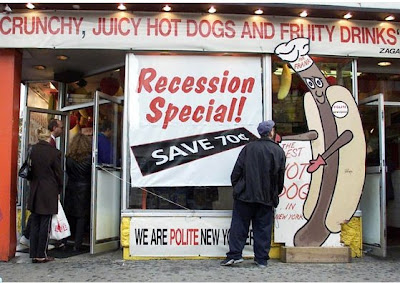 Remember the good ol' days- the days of knowing your grocers name, writing down funny moments, having a soundtrack with your friends? Remember your couch? If you're reading this (I can guess a couple things about you), chances are you don't, because those weren't your good ol' days.

Our days were much bigger than those days, thanks to the fertilizer known as the dotcom era. The internet blew up, and so did we. We were living large, in a world, or rather, in a New York that was excessive and completely at our finger tips. And with that, we lost sight by seeing too much, we lost the trained beauty of being able to see the tree when we became singluarly capable of seeing the forest. And in this forest, money grew on trees. So we picked the leaves and used it like it was 1999, and we needed to party. It was pretty much drive-by spending, and anything could get hit: bars, clubs, clothing stores, liquor stores, movies, concerts, bars, clubs, clothing stores (and repeat). The hulking of the world at the impetus of our then accessible money pot set us up for an even greater fall once the recession lumberjack came to chop down the tree. And our humility. 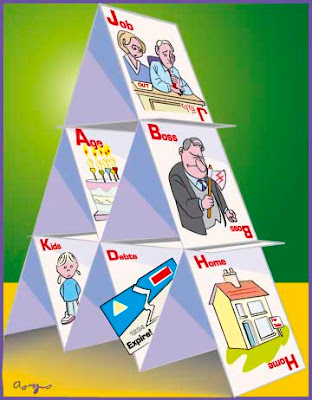 So now a lot of us are running scared, definitely multiple degrees past nervous- mofos are losing jobs!! The country's unemployment rate is at 6%, nearing 10, housing has generally dropped by 30%, people are foreclosing and going bankrupt. The impossible truth is that even New York is being affected. Our armor of capital and cool usually protects us from the worries of the rest of the nation, but not this time. Even in the coolest industries, New Yorkers are being given the axe. You work at MTV, goodbye, magazine editor, see you at the unemployment office, fashion, you too, out the door. Times are bleak and will get worse before they get better.

I for one, and Mihal for two, are looking forward to the downfall in a twisted way. Even though the fiscal worries are still there, there's a bit of joy in knowing that New York and it's usually can't-touch-this inhabitants will be vulnerable, dare I say, even, normal! It means that the city is going to shrink. Not in size, nor importance nor presence but in attitude and ideals and norms. With the possibilities being smaller, our world will eventually shrink to fit our means and that will, theoretically, create lives that will be more filled with ourselves, our neighborhoods and our friends than they were before the fall. Now we'll revert back to friends stopping by because it's the cheapest way to have a great night. Artists will crawl from under their Billyburg drug nests to actually produce art- the reason their parents are/were shelling out cash wads for the overpriced lofts and living expenses. With a little less to do, people will have more time to stop and do nothing. All in all, even though by accident, the new possibilities of having less possibilities means an incrementally more fulfilled New York life.

It's will also be a great time for creativity. Across the board, the best works of art were created when there has been some kind of struggle. Art that tells stories, and continues to tell stories carry a context with them, and challenging contexts are perpetually more interesting. My favorite New York existed before I could spell "recession", between the 70s and early 90s when the city was small, tight-knit, family oriented hub of utter coolness. This was when a dude named Basquiat kicked it with Warhol. Keith Herring- crack is whack! This was when Cheers was on, and told us about friendship right at the beginning. It's when hip-hop started, when fashion grew it's own identity, when we felt the significance of technological advances (we all didn't have Macs and PCs back then). There were (and will be) definite benefits to a smaller world for us all. 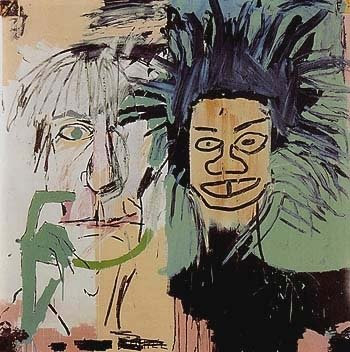 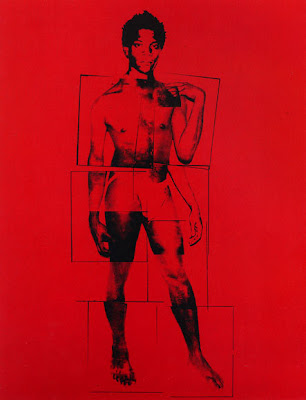 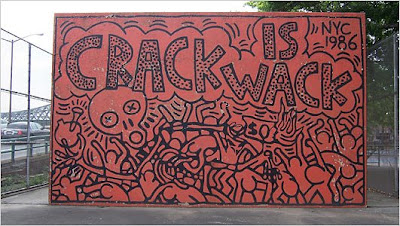 While we're all having our financial meltdowns and mourning the loss of our over the top lifestyles, just remember that everything that is real will still exist in the smaller world- creativity will thrive, more than ever, scenes will die out, but real New York "societies" will go on, fashion will liquidate but style will remain, weekend booze schmoozing won't be as normal but friends will still be the corner stone of our existences here.

I'm on the corner, with a forty and a wine glass. I pour some on the floor for all my dead luxuries. Then I fill up my wine glass and cheers to the the small, new world ahead of us.

Game night anyone?
at 11:14 PM
Email ThisBlogThis!Share to TwitterShare to FacebookShare to Pinterest