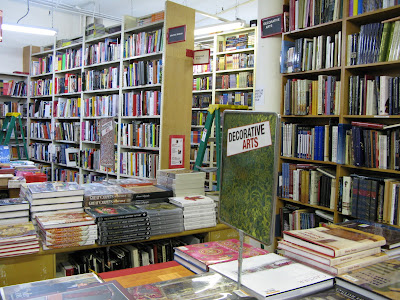 Last night, with my girls in tow - MJ, KSchields, and my new Coach bag - I found myself sitting at the Strand (bookstore, for those of you who aren't in NYC), eating cheese and fruit and sipping on champagne. We were there for...oh what's that? You wanna see a pic of the new bag? Oh, hahaha, ok fine: Anyway, we were there for the reading of Maria Semple's new novel This One is Mine, and more importantly as Darren Star groupies (one of the writers for Sex and the City). Semple also used to be a television writer (Arrested Development, Mad About You, Ellen) - so the two long-time friends talked about TV writing among other things. 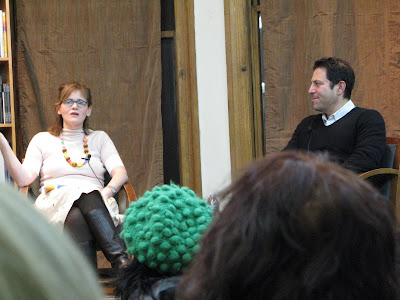 My bad yall, I couldn't get a good picture of them to save my life!

One of the conversations they had went a little something like this:
Maria Semple: Darren lives back and forth between New York and LA, and once when he and I were skiing in Aspen together I asked him - hey Darren, why are you spending less and less time in New York? To which he replied:
Darren Star: New York isn't what it used to be. Now it's all just shoppers and tourists.
Maria Semple: And I told him Darren, you have nobody but yourself to blame for that.

What she means is that the "Sex and the City" culture has ruined New York. Everybody wants to look like they're leading a fabulous lifestyle - filled with shopping and brunches and parties - when in fact most of the people perpetuating this lifestyle are total posers. Ok yes, I admit, New York isn't what it used to be - 60's, 70's, 80's - and it remains to be seen if this fine city will every return to Old York. Really though, are we now worse than LA?? Have the teeth bleaching, traffic jam sitting, Hollywood obsessing, Melrose shopping, excessively tanning west coasters beat us in the great race for the big numero uno??!! If Darren Star says it's true, I can't NOT believe him!

As Rachel Maddow would say...somebody talk me down. In the meantime I'm going out to buy some Crest White Strips...just in case.


'prece.
at 10:52 AM
Email ThisBlogThis!Share to TwitterShare to FacebookShare to Pinterest