Nothing like your design being worn on a fashion savvy First Lady Elect...on the night that her man is elected El Presidente...to boost your ego. 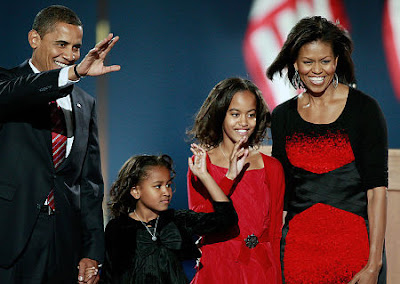 The always fashionable Michelle Obama sported this little Narciso Rodriguez number from his Spring 2009 RTW Collection...seen below on on the runway: 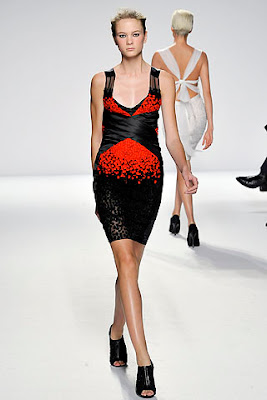 The blogs are going crazy for this one y'all! Verena von Pfetten defends the dress adamantly on Huffington Post, calling it "utterly flattering" and "abso-effing-lutely stunning". The Style.com blog calls Michelle's sense of style "progressive"...while comments AAAALL across the blogs called the outfit "distracting", "distasteful", and one even said "Mrs. Obama is going to need a stylist when she gets to the Whitehouse!" Lame. The point is, whether you think it's hot or not (I, personally think she did a darned good job, not to mention the whole family's matching outfits), we once again - fiiiinally - have a first lady with a sense of style. Since nobody in our generation (X? Y?) was alive to see Jackie Kennedy in all her glory, I'm excited for what's to come.

And while I'm glad the world wide web is so opinionated on the topic of the dress, the most relevant question on my mind is, does this meeting of worlds (fashion and politics) speak to what is happening in fashion, or the hopeful new happenings surrounding politics? The last time Snaps and Daps came at you with the harmony of fashion and politics was several posts ago when political messages and images were actually being worn on clothing. Now the two worlds are colliding in a way that, in it's most fruitful way, creates accessibility and approachability to both. 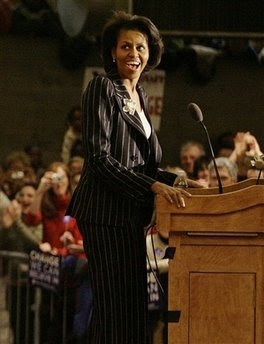 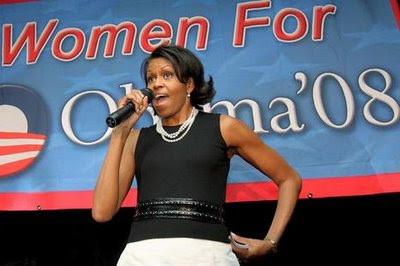 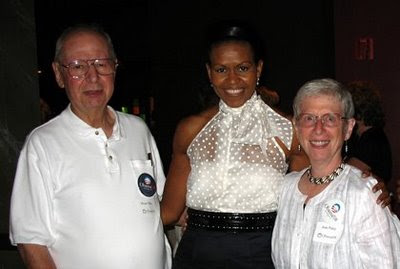 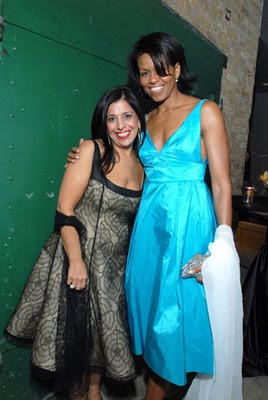 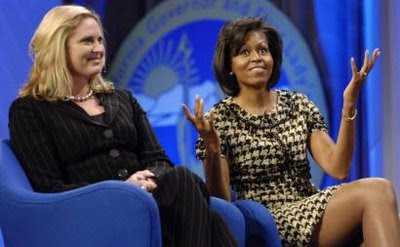 On the political side we already see that Barack Obama represents change - and eeeeverybody's talking about it...men, women, all races, ages, sexual orientations, and people in countries all over the world! So is it not totally fitting that his wife cross boundaries as well? And though it's not as recognized or praised, the merging of politics and fashion, as I see it, represents a great change as well. People are paying attention to Michelle Obama - the trend setters, the youth, the fashion elite - and she's paying attention to them! As if Barack isn't uniting the country enough on his own, Michelle has a keen interest in a very specific niche of American society and continues to speak directly to it. And you best believe this conversation is going to keep on growing!! This very public appearance probably gave a huge boost to Rodriguez's sales...how soon until Michelle becomes a spokesmodel for Yves Saint Laurent? Can't you see it?!

She's a wife, she's a mom, and she's the First Lady Elect...SND would like to officially give our stamp of approval to yet another title for Mrs. Obama - Fashionista. Wear it with pride, girl.


'prece.
at 6:49 PM
Email ThisBlogThis!Share to TwitterShare to FacebookShare to Pinterest