Yume- A Space for the Rest of Us

At our weeknight, and rare weekend jams, we pack into various clubs, lofts and lounges to support our favorite music artist, DJ or promoter. Often though, we overlook the other important contributor to our night time shakedown- the venue.
The venues are as, if not more, important than the persons who circulate in them-they are a physical manifestation of the scene our minds have forged. They legitimate, to the rest of the world, our space in the city (the world, really). There are the overplayed, but classic, like Studio B and Le Royale (formerly Luke and Leroy) and the in-the-cut/exclusive spots like 205 and Yume. 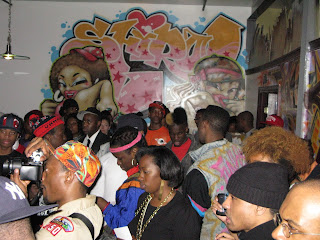 Yume possesses a definitive edge over many of the other creative cult venues in it's multi-faceted nature. It's not just the place to be for your droppin' down (and getting your eagle on) or stalking your next sloppy hook-up, it brings the multiple elements that compromise the scene, under one roof. If you visit Yume one day, you might find a full art gallery-pieces submitted by young, urban visionaries- you might stumble on a photo shoot for an emerging brand or racks of the latest street wear. You might even be as lucky as Snaps and Daps was last week at Yume's Prelude jam including two live artists, painting to bumping hip-hop and performances by SND-endorsed Theolophilus London (we found out that's his real name-dope!), Mickey Factz, Ronnie James and Rahsaan with an appearance by our girl with the killer accent, Kesh. 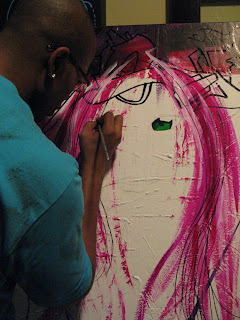 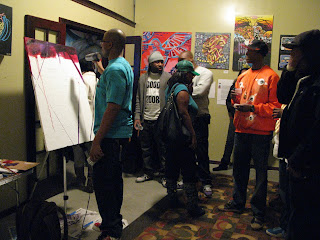 Events like this solidify Yume's space as an environment that supports and endorses everything this emerging (is it really still emerging?) scene has to offer, the good, the bad and the fly. It gives Yume longevity above the strict dance clubs and DJ bars that who fear failing due to thenextbigthing. Yume's cache includes an artistic fundamental that's etched into NYC and will evolve with the movements of the city, no doubt. Not to mention the nostalgic club house, family feeling-being amongst the other guests, you almost expect Sunday dinner. Although people are attracted from as far out as Astoria (ahem!!!) Yume has planted its roots, firmly, in BK, hence Yume BKNY. It's a fam, for real. 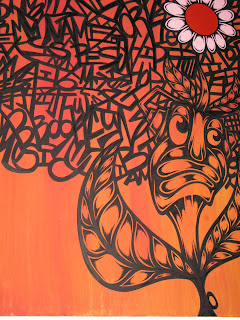 So, the next time you bop, bus stop or wop to the jams your DJ cuts up, remember that without the physical spaces that carve out a geography of belonging, we'd be stuck at the point conversation- only as official as...I dont' know, scientology. Shout out to Mike (boss Yume) for holding us down- he tells Snaps and Daps that he has a lot in-store for the approaching summer. Now if only he'd tell us what the secret for March 28th is! Check up on Yume's blog to try and super sleuth it.

at 5:10 PM
Email ThisBlogThis!Share to TwitterShare to FacebookShare to Pinterest