Alexander Wang...Mind if I Call You Alex?

I know this is old news...but Alexander Wang is ridiculously dope. 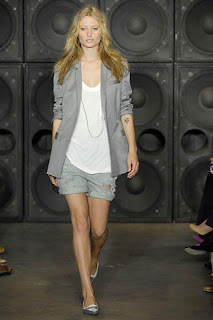 My interest was piqued innocently enough during fashion week last season (when he debuted his Spring 2008 RTW line). His look might seem just laid back at first glance--simple lines, narrow range of color, sticking to the basics or staples we all have in our closets (t-shirts, jeans, etc.)--but sister, that just means you ain't lookin right! When you get your eyes checked and put on your fashion forward glasses, you'll see that his designs, and his looks overall, hold layers of tough androgany, unexpected detail and some seriously raw sexuality. My interest has since developed into obsession. For his Fall 2008 RTW line he collaborated with his Lower East Side neighbor and muse, model/stylist Erin Wasson. Homegirl is fly fly fly.

Though his early inspriation was found in the skater kids of San Francisco, Wang's Fall 2007 collection was a fresh combo of 80's hip-hop silhouettes­ with clean and graphic French styling. I was going to only put up pics from his Fall 08 line, but instead I've include a bit of everything. 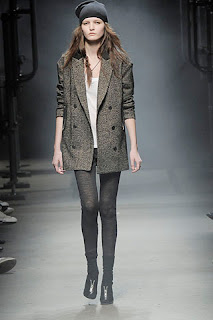 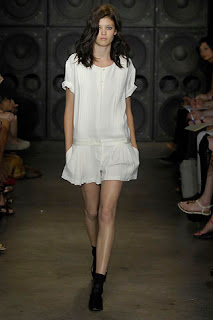 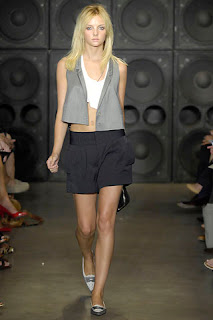 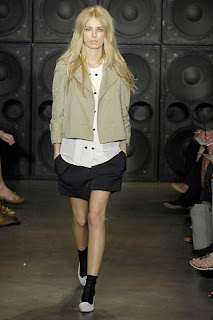 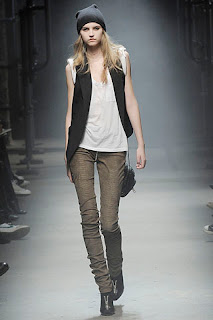 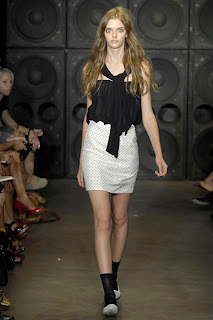 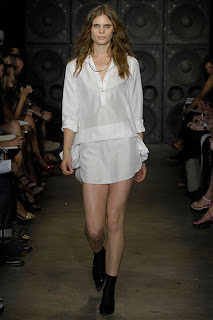 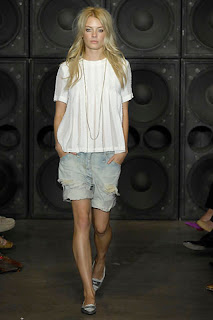 And look at this video that Nylon TV put together: Fashion Week Fall 2008...Alexander Wang style. I want him to be my friend.

We're moving in on something new, people. Don't fall through the cracks--and don't throw away your old jeans just yet...

'prece.
at 11:20 AM
Email ThisBlogThis!Share to TwitterShare to FacebookShare to Pinterest