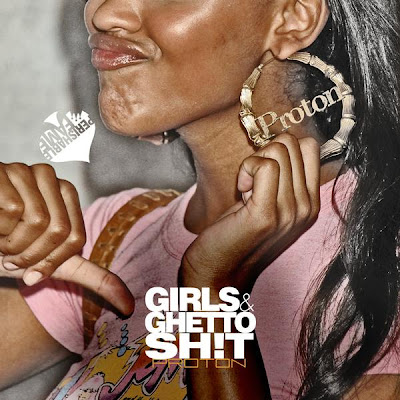 I discovered Proton through SND home girl/mentor Sabel, who happened to be girls with Fadia Kader- hustler extrodinaire, pusher of Come Up Kids, promoter of ATL's Broke and Boujee bashment, manager of Proton! From what I heard on the group's myspace page, I expected to see an improved version of Gym Class Heroes- you know, that colorful hip-hop over live instrumentations. To my pleasure, I was wrong (you wont catch me saying that too often), Proton was more than that.

Lyrically, the two are crack-not part of today's rap galaxy, but dropped from the school of Andre 3000 as valedictorians, if I had to make a comparison. You won't get ABC rhymes from Larry and Thomas, you'll get mind benders like: "not a garbage man, but I rock for illiterates"...take a second...get it?...yeah! And their show is dope too- for me the lyrics you spit are only half the battle, the new frontier is putting down a dope performance. Proton is all over that territory.

Proton, if and when they blow, will be heralded as what hip-hop needs and furthermore, what ATL needs- a break from the snap, trap, magic city boom bap that pretty much defines hip-hop coming out of the state. The homeboys take you all over the sonic galaxy, from emo-hop instrumentals to Baltimore club with their off-kilter flows and crazy energy. They've got a package real music fans can get down with! Your next chance to get down with the get-down is March 12th, a show with Amanda Diva at S.O.B's, hosted by Talib Kweli.

Proton is definitely on our Great in '08 list, so much so that we're already pitching collaborations. Look out for much more Proton on SND, and back in NY this summer (Fadia, holler at us ma'am!). 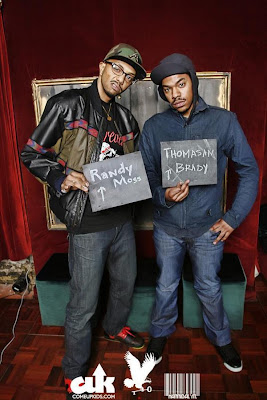 'prece.
at 10:27 PM
Email ThisBlogThis!Share to TwitterShare to FacebookShare to Pinterest