With a Little Bit of Gold and a Pager!

Last night Snaps&Daps and a couple friends rolled through the home of the hipster fandom, otherwise known as Studio B, to pay some attention to The Cool Kids. We've been following their bass heavy careers for about as long as they've been doing the damn thang, so we were happy to have the chance to jam in person.

The show started on a nervous tip with quasi talented openers who either barely missed the mark or were completely overboard. Like real soldiers, we stuck through the overzealous stage shows, hipster scenesters and annoying crowd shouters to kick a li' something with The Cool Kids.

Senor Mikey and Mr. Chuck laid it down with a couple new bangers in the beginning, and kept the hands moving with well known classics. Incidentally, I reclaimed what I held as my theme song last year: 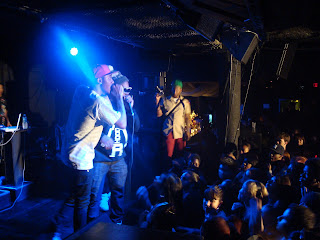 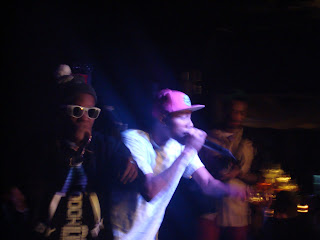 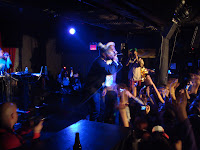 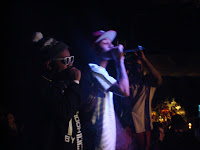 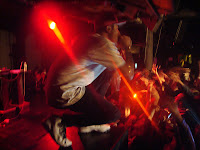 With a surprise appearance (very rare with the Kids) from Mickey Factz, another S&D favorite, the Cool Kids' performance was a 10, as usual. Examine the evidence.

Please Note: you peeped this on Snaps and Daps, not on Perez.
at 1:26 AM
Email ThisBlogThis!Share to TwitterShare to FacebookShare to Pinterest
Newer Post Older Post Home