The Dye That's Killing Me 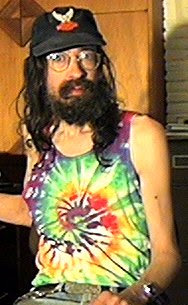 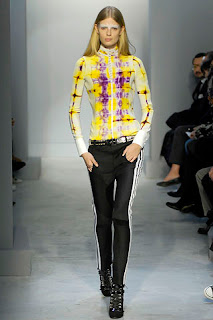 Fashion is all about recycling. Death and re-birth. What's old becomes new just as often as new becomes old. We all know this...we accept it...for some trends, even welcome it with open arms and a credit card. Reeboks have gotten their second time to shine (literally), everybody and their mothers suck in and squeeze into skinny jeans (obviously this is old news), while Nirvana grunge/lumberjack plaid has made its way back onto the backs of our angsty, yet trendy, twenty-somethings...and to my relief hasn't yet made it back tied around their waists.

My qualm is not with fashion revival in general...but with the resurrection of tie dye in particular.

Having grown up 3,000 miles away in Eugene, OR, I've developed a rather sensitive gag-reflex for tie dye. As far as I'm concerned the only person with any excuse to don the psychedelic pattern is Jerry Garcia--although I'm pretty sure even he rarely did that--because I tried to google image it and the the best thing I could come up with was this impersonator. Not cute, but I'll let it slide for what it is.

I should say here, I am no perfect being. I am guilty of rocking tie dye myself as a wee thing (and creating the garments myself using dye from the local craft store, rubber bands and my dad's old hanes t-shirts/socks/what-have-you). I like to think of tie dye, however, as the chicken pox--get it when you're young, develop an immunity, and never ever...ever...fall victim to it again.

You can imagine my dismay when recently my good friend, fresh on his trail to discovering the world of the fashion sneaker, gchatted me a couple of options for his first pair. Yes to the first pair--funky dunks, a hint of color (and I have a weak spot for tweed). Yes to the second pair, some flamboyant women's Vandals that he threw in because he thought I'd 'prece--undoubtedly I did. The third pair was not such a hit. The thought that the rags from my past (vomit-inducing) scene could have infiltrated my current scene was too much to swallow. I immediately vetoed.

Note: In case you're wondering, my friend didn't buy the tie dye kicks, and instead gloriously elevated himself to a much higher place.

But it doesn't stop there. The so-called "trend" is has even appeared on high fashion catwalks. The Balenciaga Fall 2007 Ready-to-Wear line took it there, as did Miu Miu with their $1,595 Suede Tie Dyed bag (heinous if I do say so myself). Designers Marios Schwab, Matthew Williamson, Topshop and Basso & Brooke also fell victim to the chicken pox haze. Damn shame.

Go ahead and wear tie dye. If you live in Eugene, Oregon. Keep it contained within those borders--like how you stay at home and don't have visitors when you've got the pox. In the real world, do not wear tie dye. Not ok on Halloween, not ok with a designer label sewn onto it, and I've decided while writing this post, not ok even if you're impersonating Jerry Garcia.