HEARTTHROB: Ricky from My So-Called Life

My So-Called Life: The 90's TV show that every angsty teen lived for, and all nervous parents made us turn off. It dealt with school and sex and friendship and parents - the only things that mattered to teenagers really (this was all before uber technology, of course). And it was all told through the eyes of the highly awkward but fully charming Angela Chase (Claire Danes).

The show was canceled after just one season (at which point MTV started playing reruns for years), and I re-watched a bunch of it this weekend. I've already seen every episode at least 5 times, but this time I noticed something I've never noticed before! Ricky - Angela's gay bestie - has the FLYEST style ever!! So every time he was in a scene I took a screen shot (hence the blurriness of some of the photos). Observe: 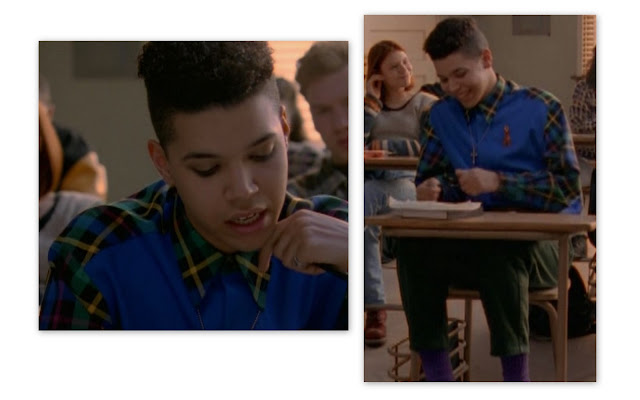 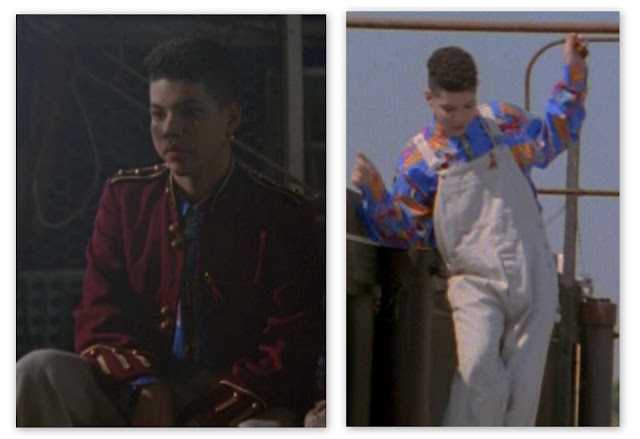 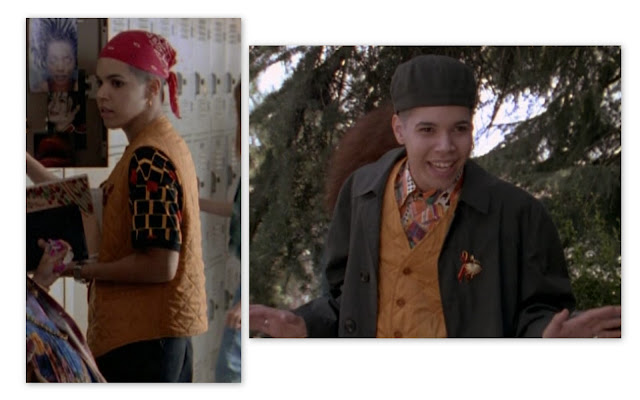 ...and it's not like high school shows today, where the characters wear new outfits every day. The last photo shows Ricky recycling a vest on two different days, worn two fabulously different ways. He's also always rocking a red ribbon (supporting the fight against AIDS) which is a great touch.

Below is the scene that taught me who Kafka was (who I would read a few years later in high school) - peep Jared Leto as Jordan Catalano (swooooooon!)

at 8:23 PM
Email ThisBlogThis!Share to TwitterShare to FacebookShare to Pinterest