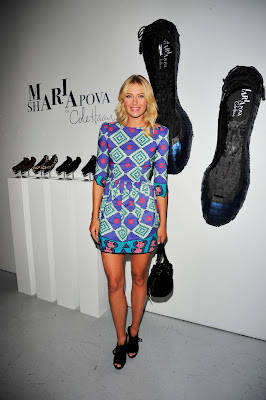 Last night Cole Haan and Interview Magazine hosted a party to celebrate the launch of tennis star Maria Sharapova's Fall 2010 collection. This is the third collection she has designed for Cole Haan and the soiree did more than salute it. Set in the posh Sky Room at the New Museum, DJ Lindsey killed it on the one's and two's, Todd Selby circulated as his signed prints waited patiently to be auctioned off for charity, and the who's who of industry insiders ate delicate hors d'oeuvres and delighted in the flawless view of the New York City skyline.

Not only did I get to meet photographer Todd Selby and Dan Ragone (top dog at Interview Magazine) - and not only did I get to chat with Cole Haan CEO Dave Mctague (one of the most humble and fascinating people I've met in this industry) - but I also got to interview the tallest, hottest, sweetest, blondest Russian tennis player out there: Maria Sharapova.

Mihal Freinquel: How would you describe your personal style off the court?
Maria Sharapova: My lifestyle is really hectic. I travel a lot, I'm always running around to meetings - a press conference, a meal after practice - so all of the pieces in my wardrobe are really representative of that crazy lifestyle. If it's a dress I want to make sure that it's versatile enough to either wear with boots or heels, or with a jacket over it or tights under it. I also like to accessorize so I can get more out of a casual outfit.

MF: In your collection with Cole Haan this season you have a pretty solid mix of heels and flats. Are you a heels or flats girl yourself?
MS: I'm a flats girl, I live in ballerinas. When I started working with Cole Haan I knew I wanted a really solid, comfortable ballet flat. We came up with the silouette and began with only three colors. They became so popular that now for Fall, a few years later, we have about ten or twelve colors - it's really exciting.

MF: On both your shoes and bags you're using a similar lace-up, corset-type detailing. Where did your inspiration come from for this?
MS: At my very first meeting with Cole Haan I had put together a lot of tear sheets and things that I had doodled. It was all a lot of lacing - French corset, Moulin Rouge style - and that concept always came back into every meeting we had. I like it because it's feminine, it's young, and you can dress it up or down.

MF: Do you plan to continue collaborating with Cole Haan?
MS: Definitely, this is a long-term partnership. We started with very few colors and styles, and now we have double or triple what we started off with. We're really seeing things grow now, it's awesome. It's amazing for me to see people wearing my stuff - the way they wear it, what they wear it with. I saw a girl wearing one of my designs in my hotel in Paris and I just wanted to hug her! It was so exciting!

Could she be any sweeter? I have a toothache! Or maybe it was all the sugar I ate from the candy table. 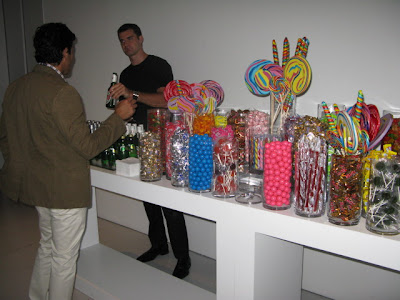 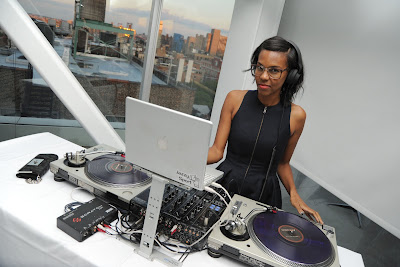 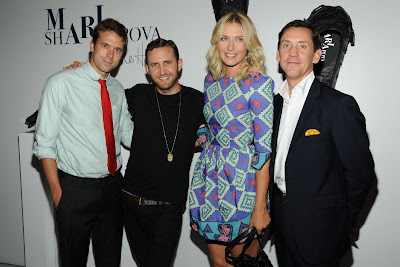 Candy photo by me, other 2 Billy Farrell
Happy Shopping.
at 9:30 AM
Email ThisBlogThis!Share to TwitterShare to FacebookShare to Pinterest