Today my homegirl, and fashion industry insider, invited me to a preview for the TOMS Shoes Spring and Summer 2010 Collection at the SoHo House. For those of you who aren't hip to the brand yet, I'm about to get you up to speed real quick: Founded by Blake Mycoskie in 2006 (don't let the youth of the brand fool you), TOMS shoes were initially inspired during a trip to Argentina when Mycoskie was struck my the poverty and health issues that surrounded him. Compelled to take some personal responsibility, Mycoskie set out to create a shoe inspired by the traditional Argentine alpargata, and for every pair of shoes sold, one pair of TOMS Shoes would be given to a child in need.

And it ain't going unrecognized. Homeboy has had a documentary made about him, For Tomorrow: The TOMS Shoes Story, which premiered at the Tribeca Film Festival in '08, in 2009 alone he's given over 150,000 pairs of shoes to kids in Argentina, South Africa, Ethiopia and the US...not to mention the fact that he's been featured in Vogue, Time Mag, The New York Times, Oprah Magazine...the list goes on and on.

Suffice to say I was thrilled not only to be invited to the preview, not only to meet the designer (who is not just a do-gooder but also kind of a fox), not only to get a pair of free TOMS Shoes, but to know that for my pair of shoes, a lucky (and soon to be very fashionable) kid was receiving a pair as well. I took some photos for you to enjoy. 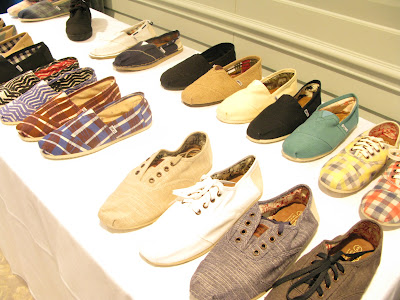 For you parents out there they make kid's shoes too! 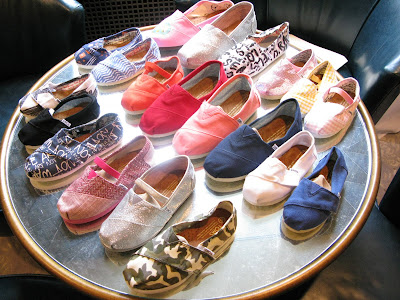 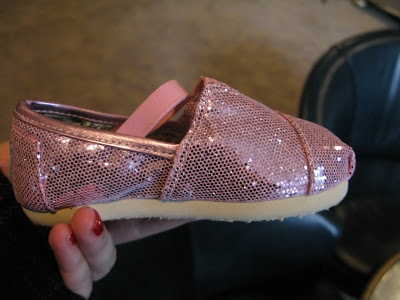 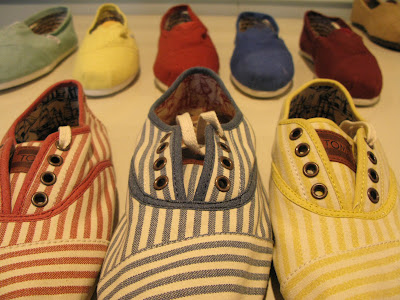 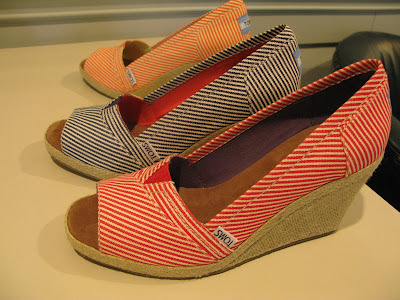 Are they doing a line for Bergdorfs and Neimans's? Uh yes they are! Some of them look like they're made out of silk ties and I can't get over it. 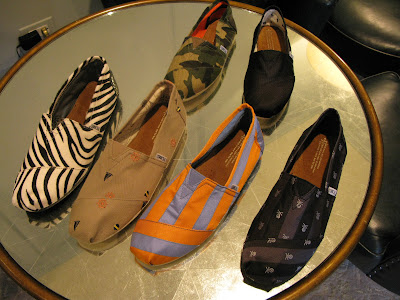 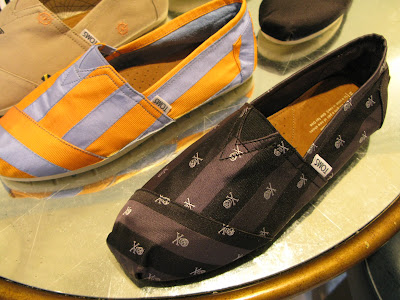 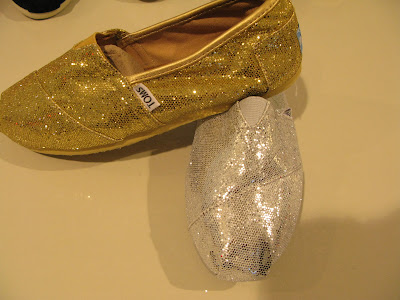 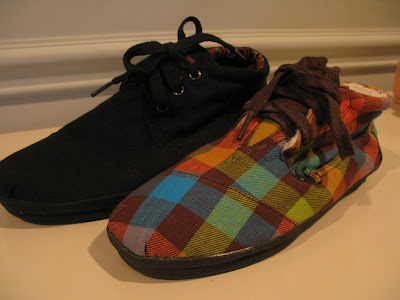 Loving all of it. Want more? Check the website or later this month you can run into Bergdorfs or Neimans. Fashion can't be all self-indulgence...can it? Well maybe it can, but don't let it! We all buy shoes anyway, we can't help ourselves - why not sneak in a little do-good-ing in while you're at it. A little love goes a long way...and so does a little style on your feet. Win win.

at 7:27 PM
Email ThisBlogThis!Share to TwitterShare to FacebookShare to Pinterest

You write good. You are funny. You have a nice vocab.
You have innerestin thots. Wood yu go out with me?

This seems to be a great site for purchasing stuff for kids like baby whole sale clothing with fine quality - available with all top brands Barbie, Ben 10, Disney, Peppa Pig, etc.and i would surely like to try their service...i had been relying on http://www.1stkidswholesale.co.uk earlier and they too offered good stuff.

hi guys ... I was very pleased to read the information in this article ... was of great interest and would love to get a lot more information about "TOMS Shoes: A Spring/Summer 2010 Preview of Friendly, Fashionable Footwear"