Hoofing Around: Wedge vs Heel

Heels will never be unfashionable. They are classic...they make legs look fantastic...they are the exclamation mark to every good looking ensemble. But I gotta tell you (and obviously this isn't news to anybody following the bloggers or the "underground" style circles): heels might always be fashionable, but what is in style right now - what is truly in vogue - is the wedge. And I'm not just talking about wedge sandals. I'm talking about the uber chunky, 5+ inches, statement hoof-like wedges that fashionistas everywhere are pairing with micro minis and ultra skinnies to emphasize the glory happening south of their ankles.

Granted, this isn't the first time in history wedges have been all the rage - I had several pairs in middle school and high school (all of which my best friend made me throw out throughout the course of my time in college). However this wave of the wedge craze, in my humble opinion, returned in 2006 when Balenciaga put out the Harness Platform Boots (made popular by the Olsen twins - obvi). A little while later, to everybody's delight who could get their hands on them, they were then copied by Sam Edelmen and sold at a much more reasonable price. After being made popular by the bloggers, they sold out instantaneously and could only be found for like 8 times their value on Ebay. Recently they were re-released and sold at about a 300% markup...not too shabby for the little pair of knockoffs that could... 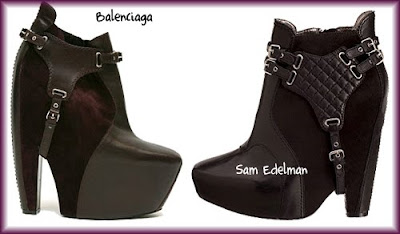 And so the craze was well on its way. And I've gotta say I'm happy, because being a flats girl myself, wedges are really the only lifted shoe I feel comfortable/hot in. They don't hurt, I don't feel like I'm going to fall over, they make your legs look ridiculously long, and something about that hoof-foot!! I can't get enough...never could.

A few of the most popular right now? 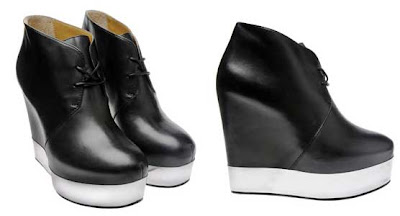 After Alexa Chung was seen rocking them on her show, the bloggers went ballistic and each and every one of them bought a pair. They also have them with a wooden looking strip along the bottom instead of that silver eyesore, it's way cuter and if the shoes didn't cost me half a month's rent I'd be all over them. 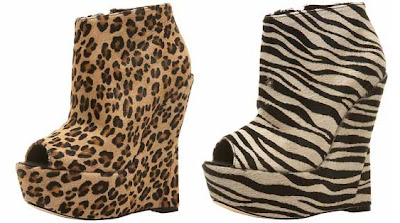 Any of you who have read my other posts know I have a profound affinity for animal print - specifically leopard print. These wedges are a beautiful sight - and even though they're peep toe and coming out for the fall/winter, I'd endure frost bitten toes for a little foot accessory party any day. 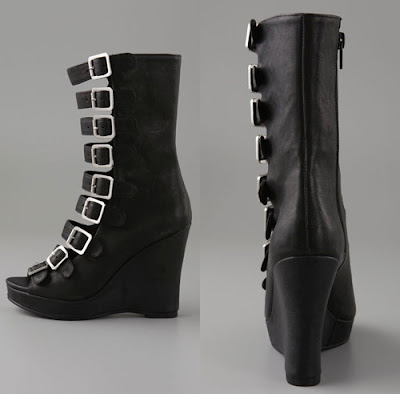 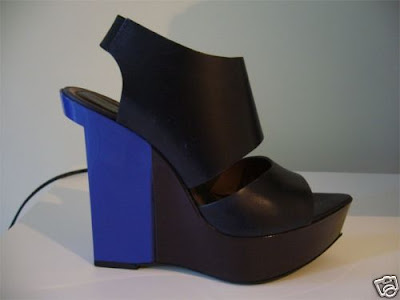 How do you keep up on this trend? Well you have a few options - both involve dutifully tracking on the internet, neither involves tracking the runway. For one, you can check out what the what the online stores are selling - Topshop, Opening Ceremony, even Karmaloop. The other option involves checking out the fashion blogs. Some of my personal favorites? Karla's Closet, Childhood Flames, Where Did You Get That, Fashiontoast, Cocorosa...just to name a few (I could definitely go on). These girls all put clothes on and take pictures...they're inventive, they're on the forefront, and they're marvelous.

So that's the skinny, people. If you're an avid heel wearer I suggest you experiment with these puppies. In the meantime, walk tall, walk proud...happy shopping.

at 2:28 PM
Email ThisBlogThis!Share to TwitterShare to FacebookShare to Pinterest