Saving the "Hip" from the "Scene"

Contrary to popular belief (don't believe the hype-word to Chuck D), the hipster phenomenon is not a new one- bohemian culture has existed as a socially recognized subgroup since the French revolution, where many of today's hipster lifestyle traditions originate. You can trace these qualities, as they manifest in hipster cultures, in subsequent Paris, in Chicago blues joints, pre-bougie Greenwich village cafes and Williamsburg outposts (and soon to be in Astoria- the next frontier). Whatever you think about it, bad or good, just don't think that the occurrence is brand new. We're not THAT cool!

We're at the point now where being hipster carries a certain cultural cache, the kind that attracts others to neo-bohemian enclaves to accumulate the same cultural capital. Granted, as hipsters come from an artistic background, the pedigree has been diluted by gifted dopplegangers who are arguably responsible for the present negative connotations of the hipster identity.

Scenesters are bizzaro replicas of hipsters- they look like them, speak the same, frequent the same joints and bop to the same jams. Without a fine tooth comb, it might be difficult to tell the difference(s) at all, but they do exist. The motivation for the scenester is to be present where the cultural capital is most easily visible- key bars, parties, concerts, cafes, restaurants, etc. They are there to be stars in the practice of the culture- what differentiates a hipster is their contributions to the community. I say this with great self-awareness, risking outing myself to scenester-dom (I think I passed though, fingers crossed). And you, reading this, without any alibi of legitimacy, should be self-aware of where you fall on the spectrum. In the words of hip-hop America "keep it real".

I don't know these girls, but I'm willing to bet...not hipsters! 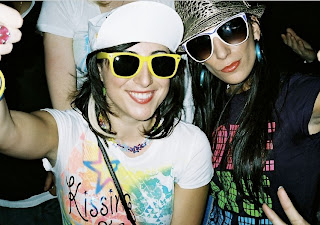 swiped from Last Night's Party
Below are a few more folks we've captured ourselves--think you can decipher? 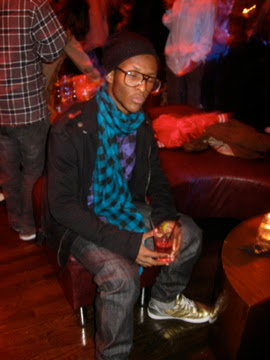 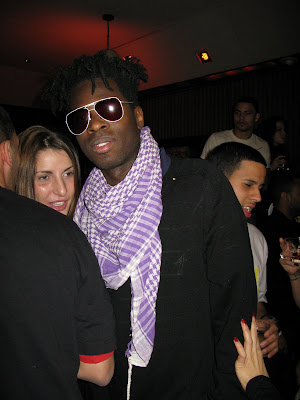 Many pigeon-hole hipsters as out-of-state, white transplants who adopt certain fashion, lingo and attitudes to stand out in a crowd of out-of-state, white transplants. These yuppy-like peeps would use money as a means to acquring identity- one would assume that a "true" hipster is a struggling, barely eating artist, so dedicated to their creativity that they submit themselves to such financial insecurity. But in today's post-modern culture, that definition is too limited. Check the rhyme:
"Bohemians go everywhere and know everything; sometimes their boots are varnished, sometimes down at the hell, and their knowledge and the manner of their going varies accordingly. You may find one of htem one day lenaing against the chimney-piece in some fashionable drawing room, an the next at a table in some dancing saloon."
- Henri Murger, Scenes from the Bohemian Life, 1848.
Today's social, class and racial dynamics are too complicated to define any cultures according to simple social divisions. In such, you'll peep hipsters with rich parents, who've chosen not to pick the family fortune for the adventure of being in the thick of inspiration (goodness knows it's a lot harder to be inspired towards progressive art in Greenwich, CT than in New Haven artist centres). There's variety across race, social class and nationality (all of which we'll be scooping on, hopefully). The most important unifying qualities are in how the individual is involved in the creative process-do they only go to bars to get heroined-up with the rest of them or is that heroin put to good use-ridiculous paintings, poetry, writing, etc.- they've asked not what their culture can do for them, but what they can do for their culture.

P.S. Next time I'll write something significantly less nerdy than this. I promise.
at 9:09 PM
Email ThisBlogThis!Share to TwitterShare to FacebookShare to Pinterest

The great New York hipster is dead. The Williamsburg crowd has left New York and headed to Pittsburgh, India, and somewhere else - ahead of the curve style. That's something that defines this contemp. art movement. It's not a movement until it's long dead. Prior to, it's just artists doing their thing...